This concept was inspired by the 20th anniversary of the first Offspring store.

When the shop first opened, the staff would get together at a local café and put the world to rights. So, ‘Tea&Toast’ was born as a celebration of the store’s 20th birthday harking back to the inception.

After plenty of toiling, sawing, swearing, fixing and sweating, we made several table tops in the studio and mounted them on easels. This included drilling and destroying several Timberland boots, plates, sugar bowls, knives, forks and using real toast and sugar cubes to create the greasy spoon tables. The end result was instore displays that really had the wow factor. 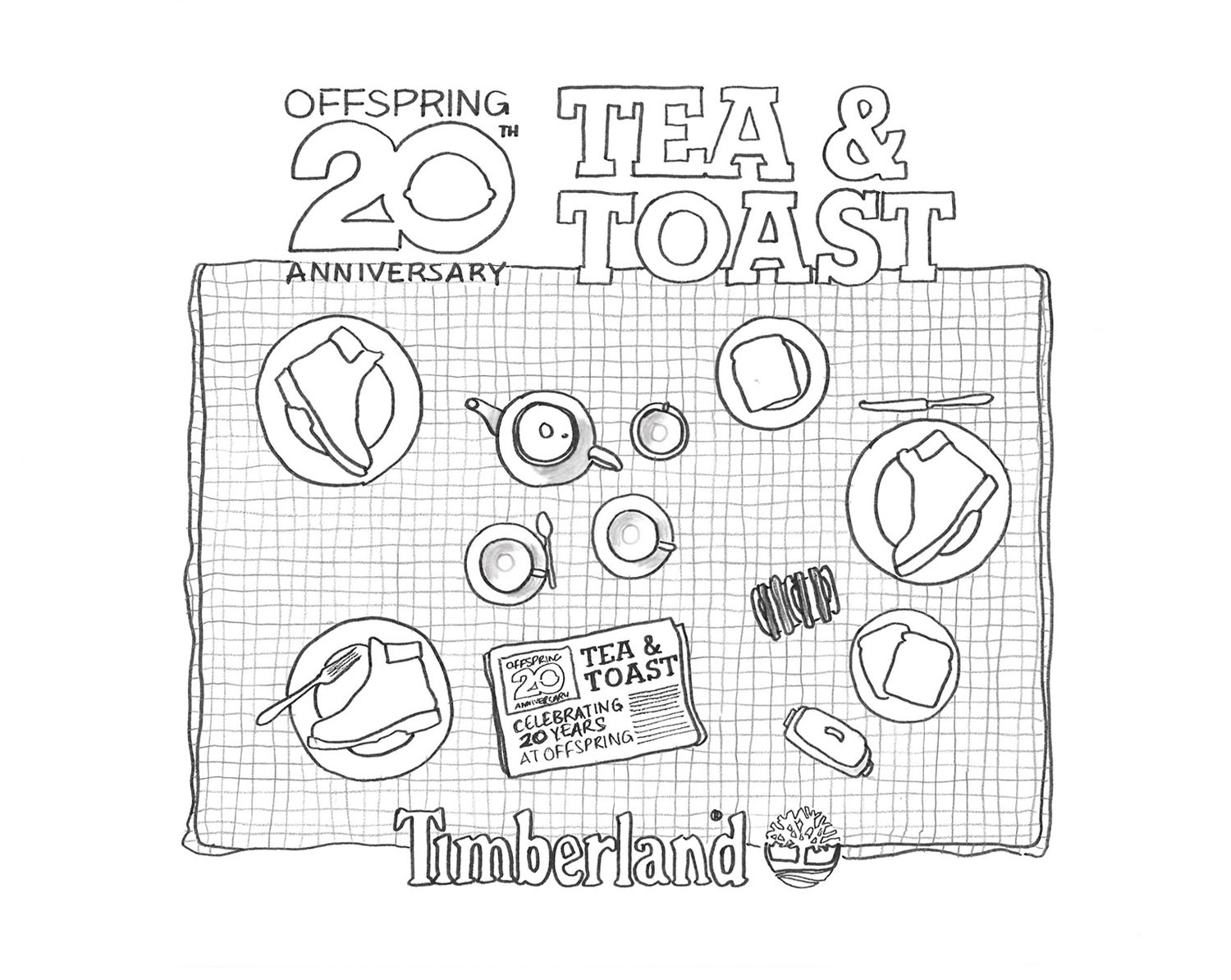 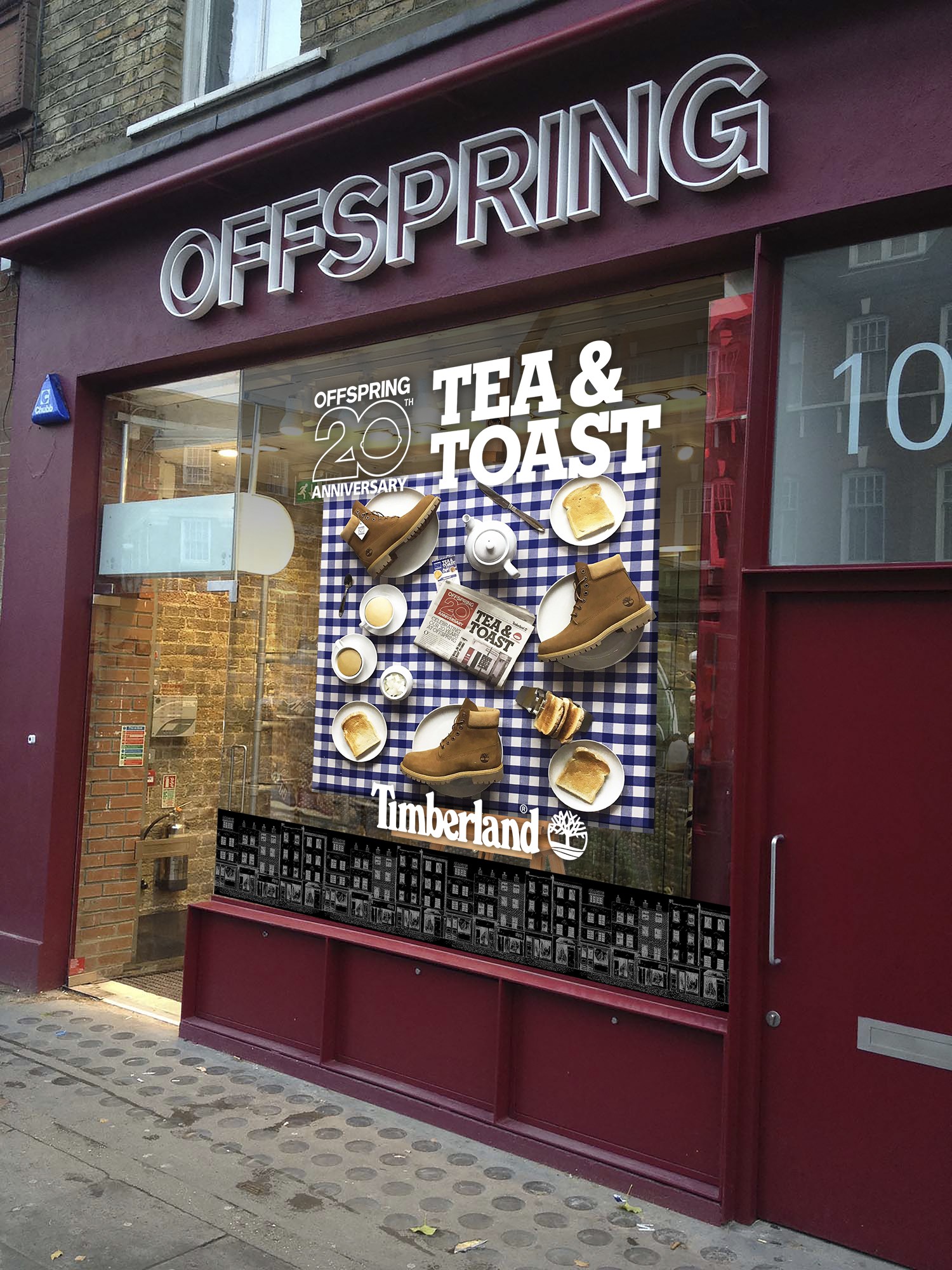 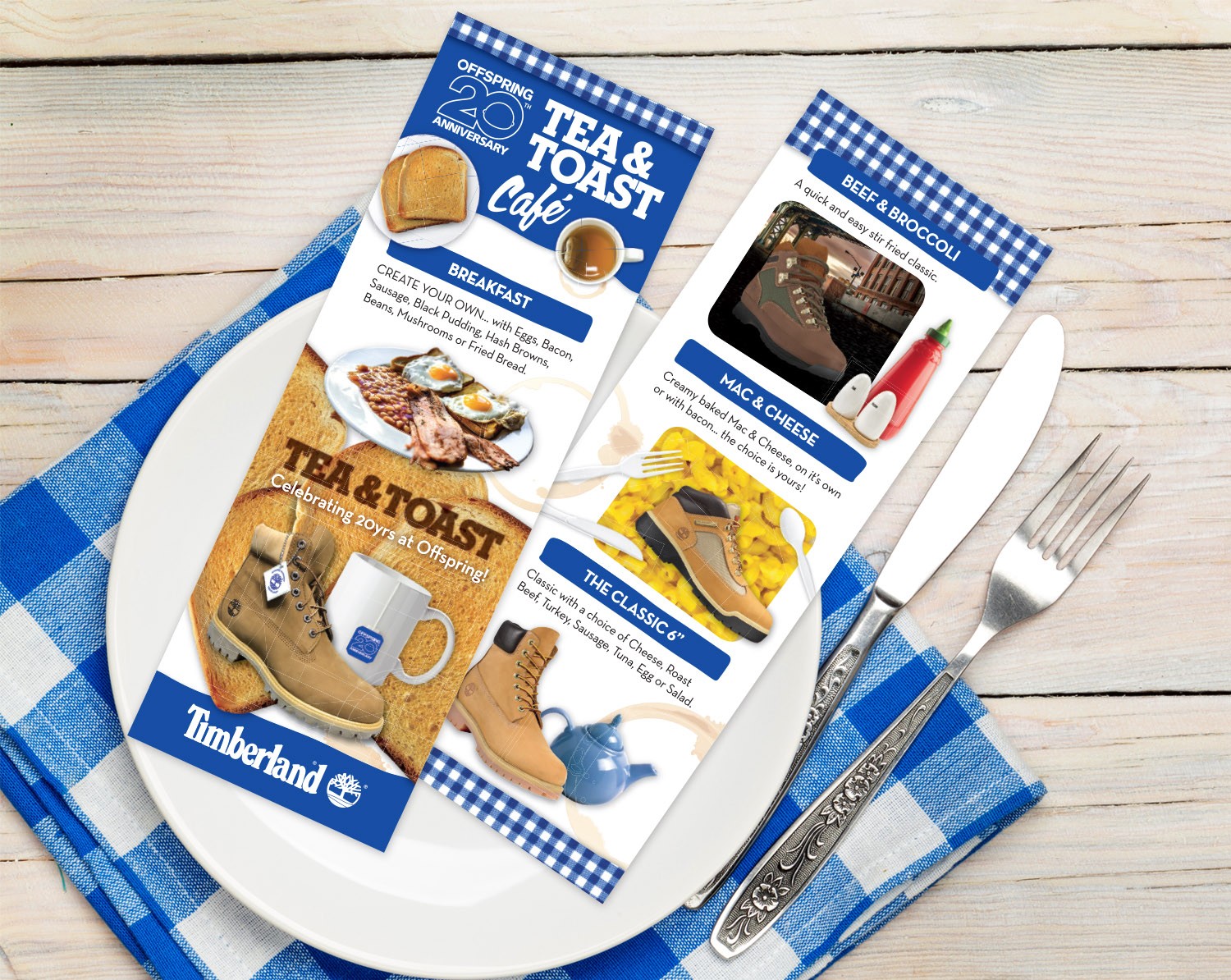 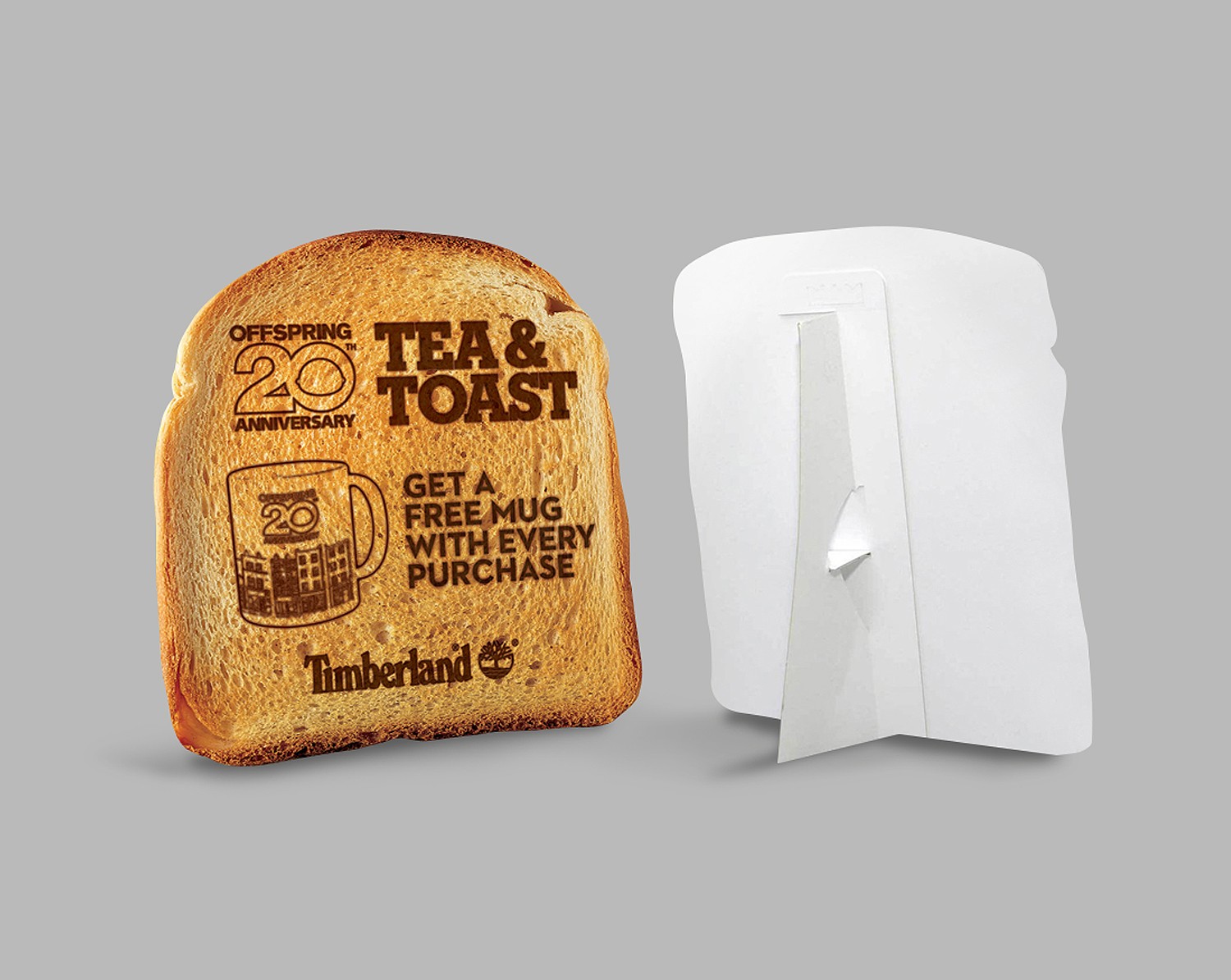 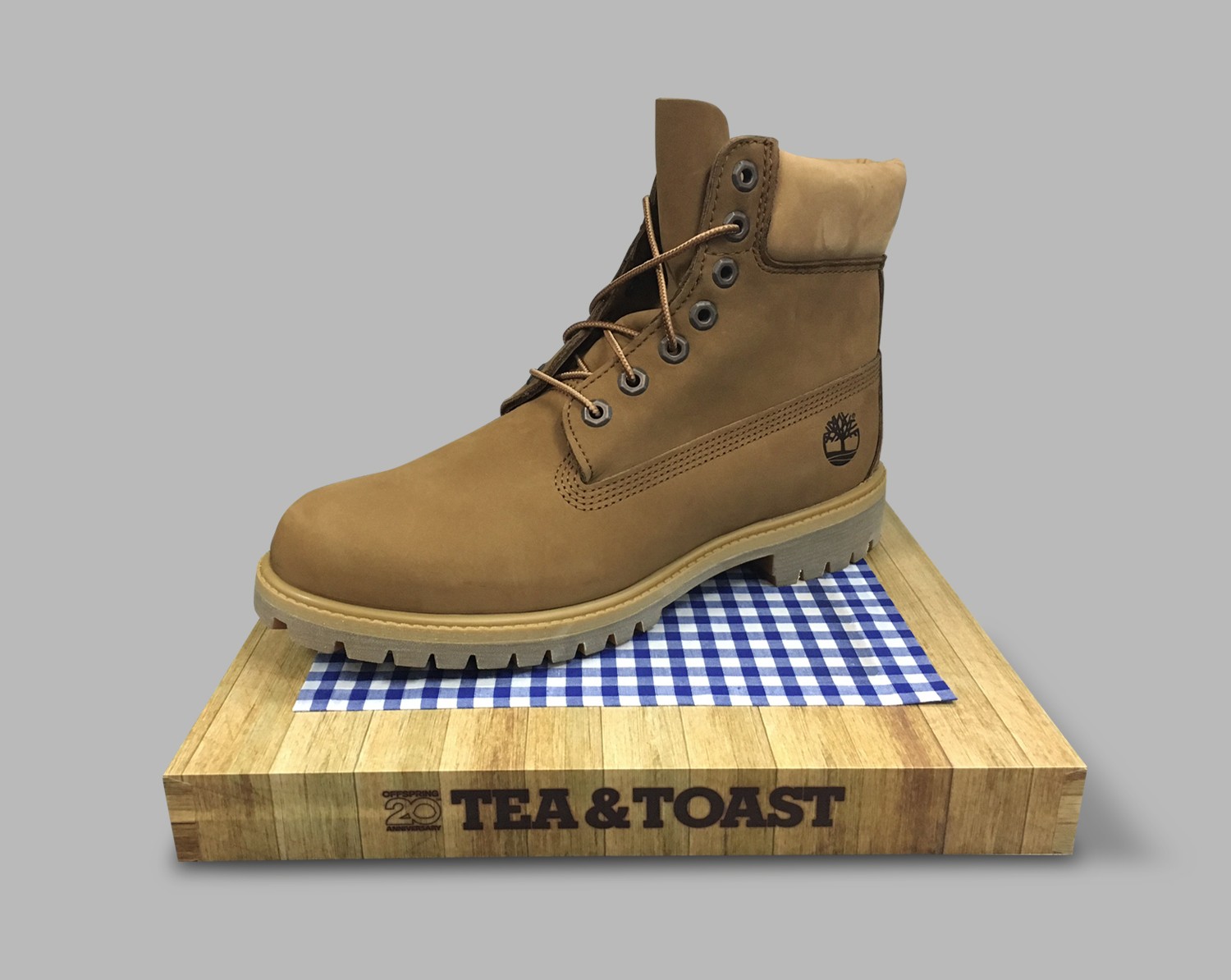 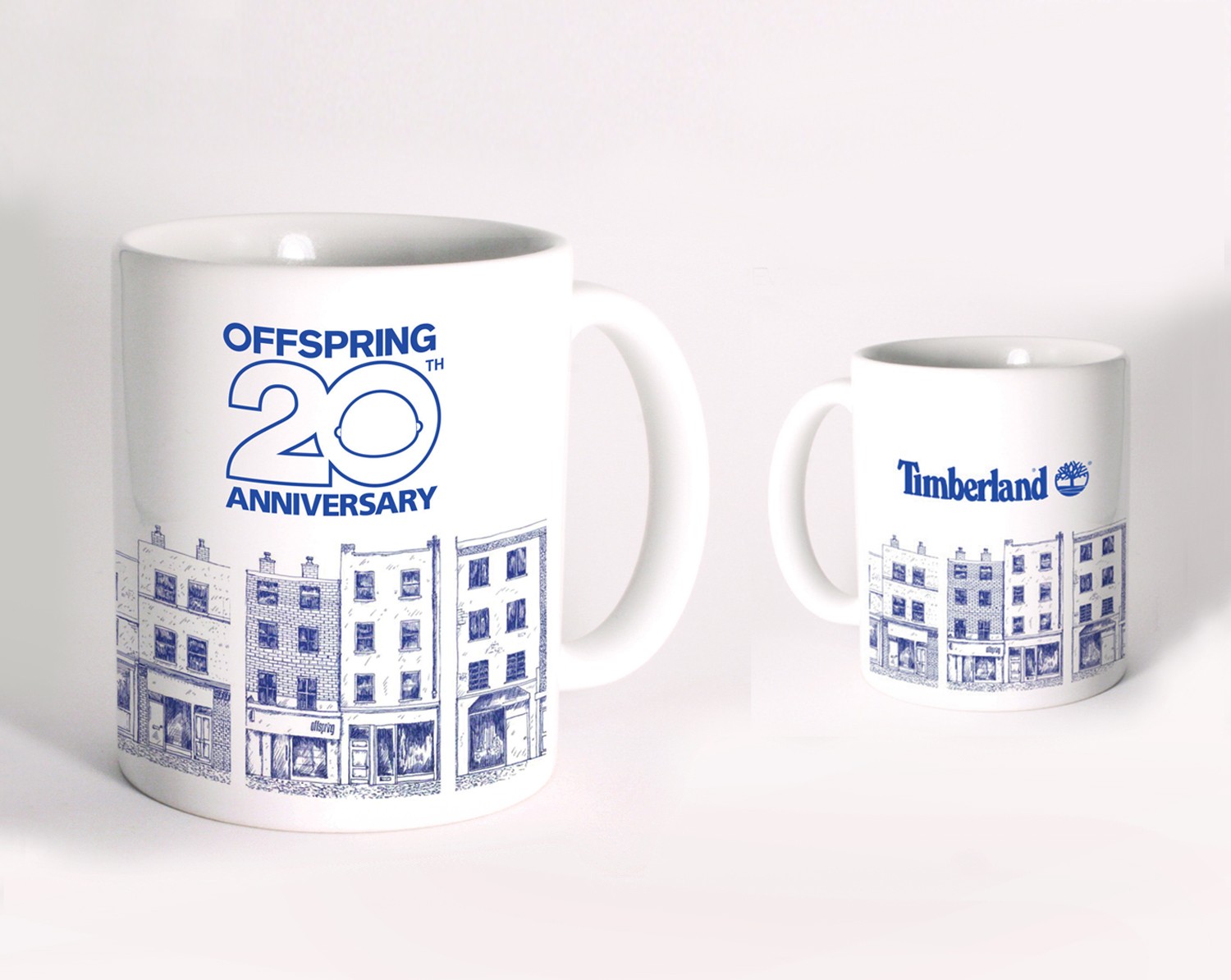 Next
Thanks for subscribing!